skip to main | skip to sidebar


What timing for David Cameron to Introduce the Bedroom Tax Just as Mrs Thatcher Dies This tax is about as fair and sensible as the POLL TAX introduced by Mrs Thatcher or maybe her spirit and policies carry on in the Conservatives policy’s.

This Tax is totally wrong and unfair. Someone living alone in a 2 bedroom house cannot avoid the tax unless they move house. Which would almost certainly cause them massive disruption and expense. That’s if they could find some where to move to. This in effect clobbering the poor in such a way that they cannot escape from it without turning their lives upside down. And what about if their family require to visit where do they stay in a tent in the garden of the one bedroom house.

We recognise that the Benefits bill is far too high and the Philpott’s case illustrates how broken the system is. But the Bedroom tax is not part of the solution. The upset and heartbreak it will cause is not worth the comparatively small amount of cash that it will raise.

Cameron and his head in the sand MP’s really should be looking at the wider picture and start to think outside the box. The country is broke the infrastructure is in pieces and we are overrun by immigrants claiming benefits.

Yet they still shell out £53million per day to the EU and £23million a day in foreign aid with the Romanians and Bulgarians waiting in the wings to fill the empty 2 & 3 Bedroom houses left vacant when the people who can’t afford to live in them because of the Bedroom Tax.

So maybe Mr Cameron is setting himself up as a never to be forgot Leader like the late Mrs Thatcher.

No Links with BNP 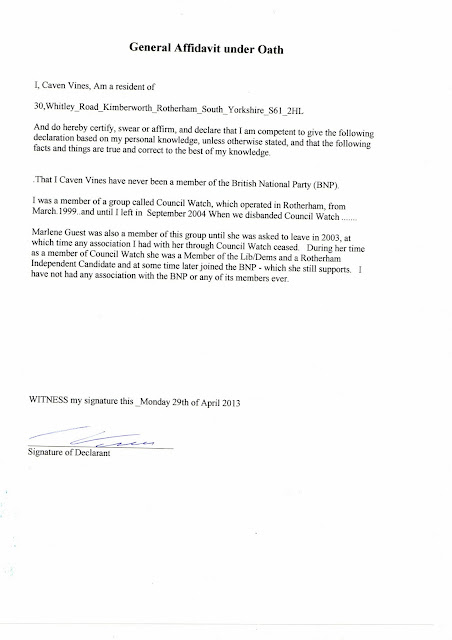 TIME FOR CHANGE ENOUGH IS ENOUGH

I am tired of the old politics of the LIB / LAB / CON?
Do these parties deserve our suport NO
We need common sence policies NOW
The UK Independence party UKIP is the only party able to deliver  common-sense policies

UKIP is well known for its opposition to the Eutopean Union; but as the newest and fastest growing of the UK's four major politcal parties it stands for more than that.

It beleive's that government at local, national and european level has become too remote from the people. That they have forgotten that they work for us. Bureacrats and professional politcians have taken over and the people's voice- the voice of common sense-istoo often ignored and over-ridden.

UKIP stands for bringing back power to the people; for decisions made locally, not nationally; for common-sense policies that make people,s lives easier and government that does what the people need and no more:

And here's how they would save your money:

We can't Look after our Old People properly BUT THEY SPEND MILLIONS ON LEGAL COSTS TRYING TO EXPELL FROM THE COUNTRY A HATE FLLED MUSLIM CLERIC WHO PREACHES DEATH TO WESTERN PEOPLE AND OUR BRAVE ARMED SERVICE.

WHY CAN'T WE JUST PUT HIM ON A PLANE AND SAY BY BY WE DONT WANT YOU HERE SIMPLE  IF OTHER COUNTRYS COMPLAIN TOUGH LET THEM HAVE HIM.

enough is enough we need to start looking after our own country our own people and stop being told what we can and can't do by other country's WE CAN'T AFFORD NOT TOO  THE COUNTRY IS IN A MESS, THE ROADS AND INFORSTRUCTURE IS IN A VERY POOR STATE

ONLY UKIP CAN DELIVER SUCH COMMEN SENSE AND BRING BRITAIN BACK FROM THE BRINK.
Posted by Caven Vines at 10:50 No comments:

Once again we see the true colour's of our labour Government.

They send our brave troops to a fight in IRAQ and AFGHANISTAN often without the proper equipment expect them to put their lives on the line every day then fail to look after them if they should be injured or die.

But our caring wonderful political correct Labour government Pay a Iraq boy who was Injured accidentally by a British soldier £2000,000 yes 2 Million Pounds.

Yet our own Soldiers who get Killed or Injured get a maximum of £250,000 if they are lucky and usually have to fight for every penny.

Is not about time we sent a very strong message to them that enough is enough neglecting our own and pampering to every one else.

You can send this message on MAY 1st by using your vote and vote for change.
Posted by Caven Vines at 14:02 No comments:

They are so paranoid of loosing control and having to answer to you the tax payers they will go to any length to take control of the community.

By high jacking local community groups set up originally by hard working local people who have their local area's and community's dear to their harts.

This group was set up around 4 years ago by a small dedicated team of local residents with the help of Independent Councillor Caven Vines.

This group slowly under the chairmanship of Local resident Mrs Carol Dobson
raised funds to put on two community fun days for the residents of Meadowbank, and the rest of the Meadows Community area.

They drew down funding for security devises for the older residents of Cain Gardens. This together with drawing upon Objective 1 funding to bring childcare to the area through the local school at Kimberworth.

They also had a representative on the Housing Path finder project which was to decide what was required to be built on Shrewsbury Terrace. This linked to the Consultation the Partnership did with the local people on the needs of future housing in the Meadowbank area.

From this the overwhelming view of the local community was to see affordable rented two bedroom bungalows built on the site so that people who had a need for such accommodation would not have to move from the area they lived with their families close by.

But this did not meet with the labour Controlled Councils plan so they altered the rules so that the chosen Representative from the Meadows could not attend the meetings. The local labour councillors then devised a plan to take over control of the group. By turning up at the annual general meeting with labour activists who had never been near the place before and out voted the hard working group . and Guess who they put in the chair?

Yes their chosen Labour Candidate Cath Sims. So now they control the community partnership and guess what their is no plans to meet the peoples wishes to provide Bungalows.

Also since they have taken control no funding has been obtained and not one activity has been carried out . All they want is to control the area not do anything for you the community.

Local area assembly they decided that they needed a person to Represent the Community in North Rotherham. so who do they make sure gets voted on a Ian Jones the Chair of the Richmond Park Tara Group and one of the Sponsors of Yes you got it Cath Sims the Labour Candidate

you really must ask your self just who do these so called community representatives really represent one thing is for sure Its NOT YOU.

and we thought Communism was dead

Is this the reason we have to pay inflation busting council tax increases so we can ensure record profits for these private company's running our council services.

Caven Vines
I am 62 years old, married with 3 children. I have lived in Rotherham all my life, for the last 22 years in Kimberworth. I started work in the steel industry and became a mechanical engineer before becoming a specialist working throughout the world providing safe drinking water to many poor communities. I have always been keenly interested in local issues and was a founder member of Rotherham Council Watch. I have a strong sense of fair play, often stubborn when pursuing an issue and I am not easily fobbed off.